Update as of March 23, 2022: This show does NOT require proof of vaccination or a negative Covid test for entrance.

The Imagination Movers story is the ultimate example of the power of imagination. In 2003, four New Orleans friends had an idea. They thought kids wanted and deserved music that spoke to them, not down to them. So, they started gathering after their kids’ bedtimes to write songs and brainstorm ideas about a children’s television show. Two years later, they had become the latest sensation of their musical city, attracting parents and children alike with an eclectic pop sensibility and lyrical turns about healthy snacks and playing catch and conquering childhood fears of bedtime. Lines to the Movers’ shows stretched for blocks.

Not even the Imagination Movers themselves could have fully imagined their breakthrough success. The Movers partnered with Disney in 2007 and filmed 75 episodes of their Emmy Award- winning series over three seasons. The show airs in more than 55 countries and they’ve sold half a million CDs and DVDs to date.

Critical acclaim for the Movers includes nods from Entertainment Weekly and The New York Times, which reported the Movers are “prized by many parents for non-condescending lyrics and music that evokes the Beastie Boys or Red Hot Chili Peppers.” Parenting magazine praised the band’s “dash of rebellion” and songs that are “fresh and treacle-free.”

NOTE: $1 from each ticket purchased will be donated directly to Make-A-Wish Foundation (https://wish.org).

A processing fee of $2 per ticket will appear on your order at check out. This fee is waived when you purchase in person at our Box Office, click here for hours.

Friends & Fanatics: Thank you for your support! As promised, you do not pay additional ticket fees. Because we are unable to remove fees from online sales, we lower the ticket price you see below by $2 so that when the fee is applied it all balances out and you pay the original ticket price, nothing more! Please call the Box Office with questions at 215-257-5808. 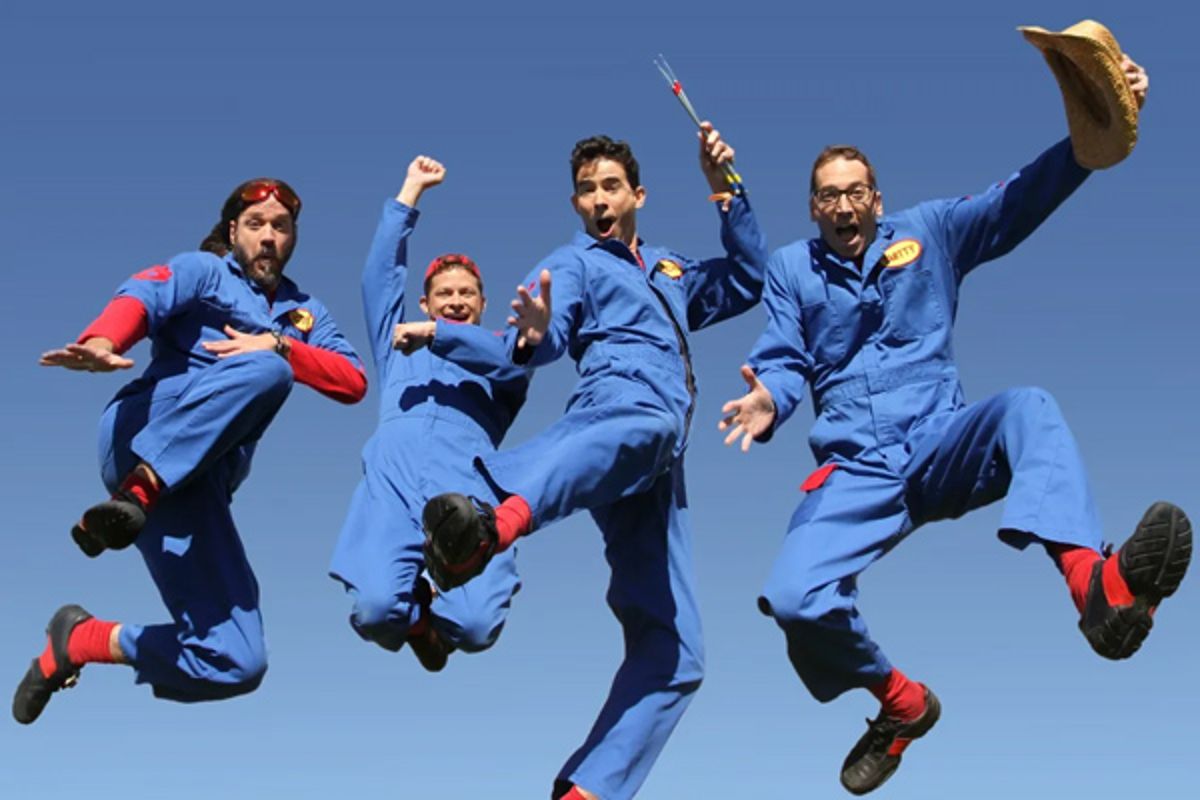 This event has passed. See our upcoming events!