The Washington House Hotel and Restaurant and Sellersville Theater offer an exciting dining, entertainment and lodging destination combining contemporary American cuisine and international talent with local charm and warmth. Sitting side by side in Sellersville, Bucks County, Pennsylvania, both historic landmarks have long rich histories. We continue their stories by providing true hospitality with exceptional service, exciting menus, and intimate live music. Guests especially enjoy the carefully chosen wine and beer lists, and a year round calendar of events including beer and wine tastings, specialty food nights, holiday events and seasonal menus. Join us for a delicious meal, a great concert, an overnight stay in one of our newly restored hotel rooms above the restaurant, or all three! Once you visit, we will be sure to convince you to return regularly for a “deliciously entertaining” experience.

Stay With Us View Menus Book a Table

Enjoy four courses of Oktoberfest options and get a taste of your favorites, Washington House-style! Patron favorites such as Roast Pork Soup, Bavarian Sausage Feast, Wienerschnitzel and Linzer Torte are featured! Optional beer pairings will be available. View the menu here.

Oktoberfest is the world's largest beer festival, held in Munich, Germany since 1810. Join us at The Washington House for our version of Oktoberfest. We will feature a variety of German brews for your enjoyment - three flights of three. Try one or try them all! And don't forget to taste some of our delicious German dishes! Join us every first Friday for a themed Beer Tasting!

Join us, along with Kristy Fiorelli of Breakthru Beverage, as we travel south of the equator to sample wines from Argentina, the fifth largest producer of wine in the world. Many different varieties of grapes are cultivated in Argentina, reflecting the country's many immigrant groups. The French brought Malbec, which makes most of Argentina's best known wines. The Italians brought vines that they called Bonarda, although Argentine Bonarda is also known as Charbono in California. Torrontés is another typically Argentine grape and is mostly found in the provinces of La Rioja, San Juan, and Salta. Cabernet Sauvignon, Syrah, Chardonnay and other international varieties are becoming more widely planted. Tonight’s wines will be paired perfectly with a specialty five course dinner for $70 per person.

Our tastings fill quickly! Reservations are recommended. Reservations for our wine tasting dinners can not be made online. Please call us at 215-257-3000 to book your table today!

There is something for everyone this season in Bucks County! Take a mini vacation in Sellersville and visit some of the great attractions we have in our area. Explore a new bookstore, The Next Chapter, and Saturday morning antique market at Picker's Junction on Main Street in Sellersville; travel the Bucks County wine and beer trails, or visit nearby local museums like The Michener Museum and Fonthill Castle. Then return for a delicious dinner in our award winning restaurant, a cocktail in our hotel lounge or on the patio and a luxurious night's sleep in one of our boutique hotel's beautiful rooms. 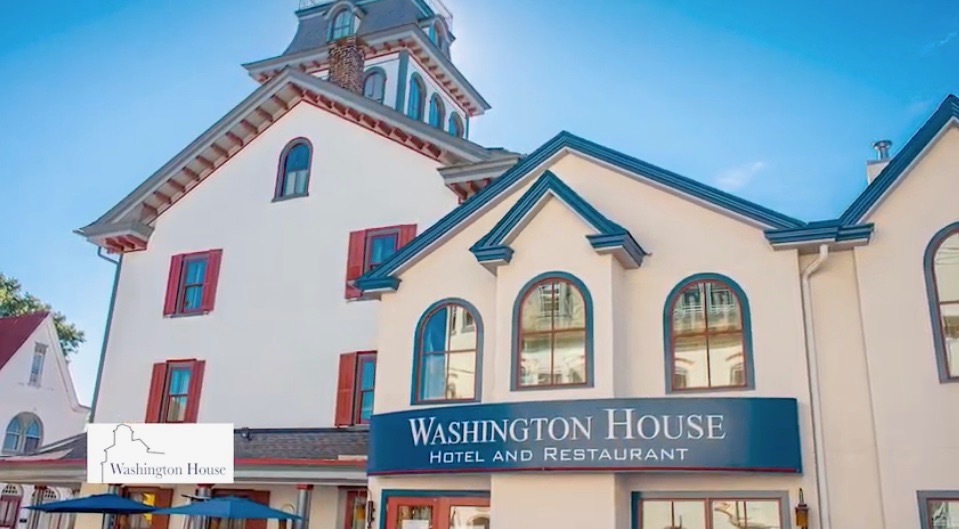 Whether you are looking for a light snack before a show next door, a romantic dinner, a casual drink in our historic bar or fresh air while dining on our patio, you will be pleased with our eclectic menu and our warm hospitality. Our guests especially enjoy the carefully chosen wine and beer lists and year round calendar of events including beer and wine tastings, specialty food nights and holiday menus.

The hotel has eleven beautifully restored rooms with private baths for you to relax in after a day of exploring Bucks County, attending a family event, seeing a concert next door or finishing a day of work away from home. Relax in our lounge in front of the fire, take a walk down the street to Lenape Park or step downstairs for a drink and a snack in our antique bar.

Sellersville Theater is an intimate live music and comedy venue with 325 seats featuring national and international performers. Enjoy dinner next door before the show and stay overnight at our hotel after an entertaining evening of music or laughter. It’s the perfect date night or night out with friends. Our venue is available to rent for weddings, presentations, meetings and special events.